As I mentioned earlier, my friend Andrew was telling me about his ‘Mess’ and how in the British army there are action shots of people rather than portraits adorning the walls. I decided to gather a few images of German soldiers and equipment for use on the walls to add a bit of interest and cohesion to the setting. I found these beauties and placed them all on one 2048 texture so I could UV 5 different planes to get all the photos in 1 file. 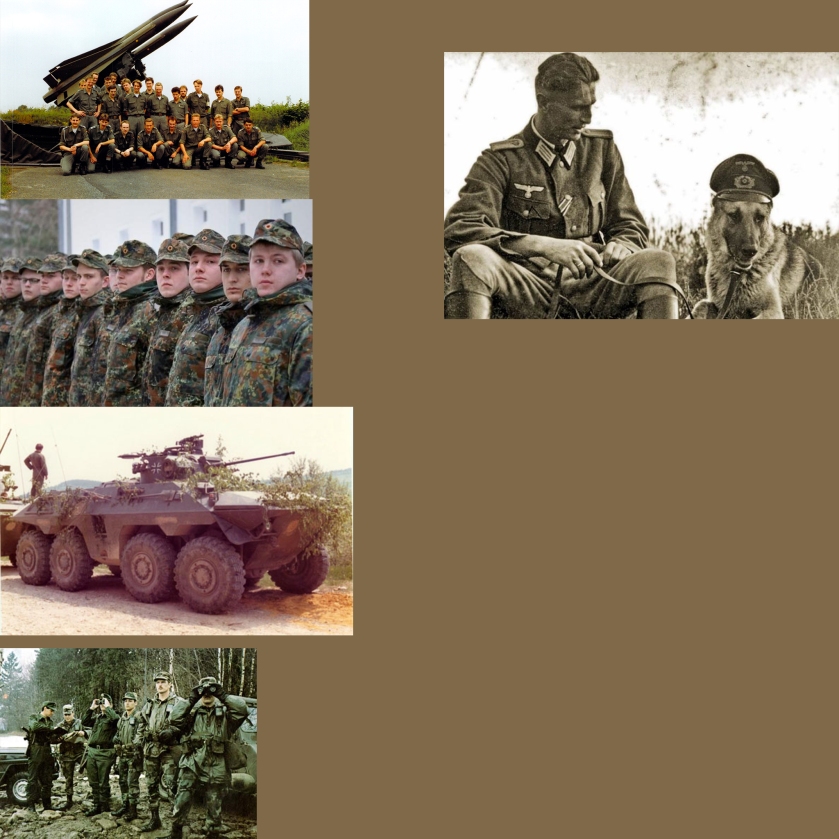 As you can see, there was some room left for a few more photos and I had a think about my plot, to see if there was anything there I could use. I tried to find a photo of Eugene Gabritschevsky, from my plot, the real life person who become mentally ill and schizophrenic and began painting strange otherworldly creatures towards the end of his life.

Instead of coming across him, I came across the paintings he had done that I had completely forgotten about.They were haunting and creepy, perfect to add a little lore and mystery to the game and something which will intrigue players to find out more about. I want the player to leave the game asking questions, wanting to play for and find out more of their purpose, their role as a player and follow up on the events.

A frantic use of colour with tones of violence and anger, uncertainty and death. All great things to foreshadow the events that are happening in the base.