Level 2 is the first interior environment the player encounters. From the start I wanted it to feel like the player had a choice of where they were going to an extent, but also to feel more guided than the previous level. This was to make them feel more anxious about the upcoming information, and the amount of narrative detail in this level is a lot bigger than level 1.

There was going to be a lot of rationale needed for a lot of my set dressing, so I will break it down through screenshots.

The set dressing here is one a lot of players will probably not really appreciate, but those who do will definitely like it. As you can see, doors have names, room numbers and positions within the base. I chose Psychologist becuase the German word for it, as you can see, is very similar and players who examine these signs will be able to understand that. I placed 2 chairs outside in order to create the idea that it is a waiting area for people to come and speak to the psychologist. It’s the only room with seats, so insinuates that it is the busiest of all the rooms, and therefore people within the base may be struggling mentally, which is a side effect of The Icon’s unknown power. 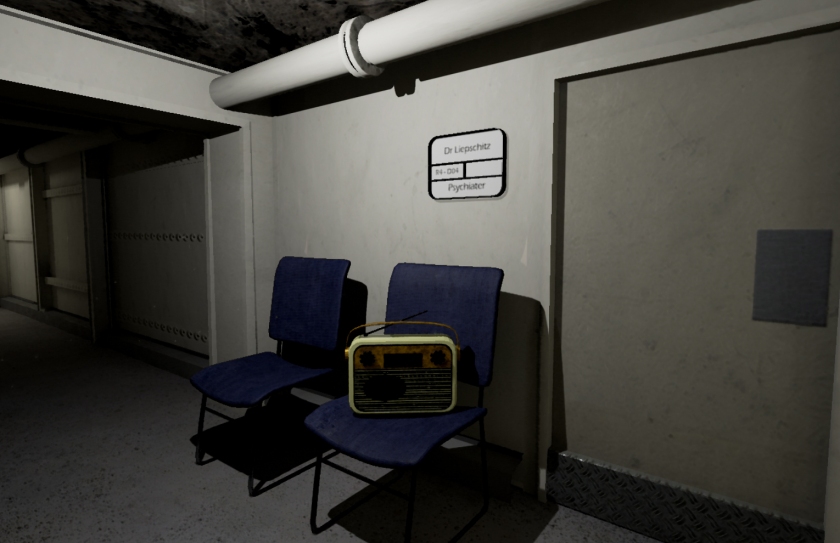 The signage indicates to players on a lot of doors why they aren’t enterable. This was to save time and I needed a way to justify no explorable rooms, so I decided using the colour code I found the German’s used in WW2, with yellow being the highest priority of secrecy. You, as a player, do not have access to here, and you aren’t going to get it.

The keycards allowed me to give an audio response to players attempting to enter rooms, as one of the main issues players had during playtests was that they were unsure if any rooms were explorable.

Here you can see the Computers set up. I wanted to create the idea the base is incredibly technologically advanced for its era, and is a high priority location for study. The data stacks above the PC’s are there to symbolise the sheer volume of data they are collecting, and the PC’s have unique textures. One shows dangerous radioactivity, the other shows magnetic damage. Both of these, as subtle as they are, can help a player understand that danger is afoot and not as far away as they might think. 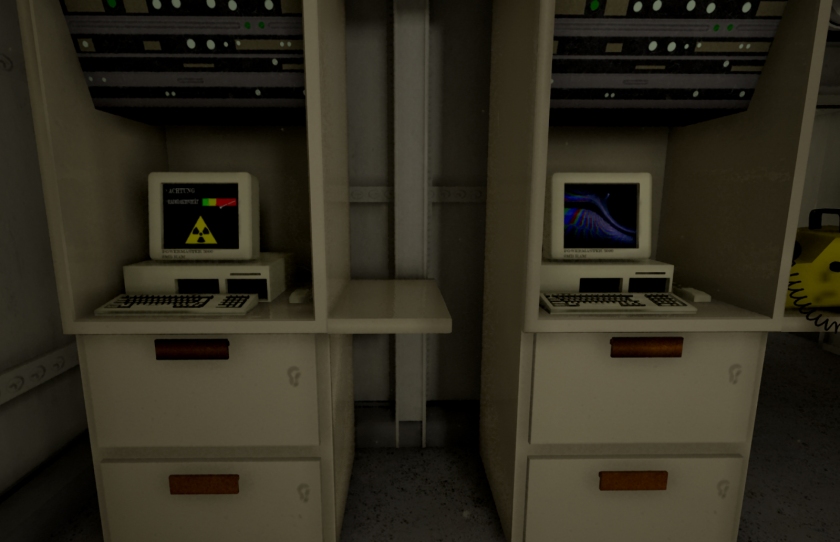 To add more to this, the Geiger counter has audio responses with the clicking you associate with a geiger counter going at a relatively steady tempo. The asset gives the immediate impression radioactivity is of danger here, and there have been measures to understand and contain it. The radio gives out audio of ‘Achtung, kein zutritt, lauf’, which means Danger, access forbidden, run. This may be in german to maintain the illusion of this being a broadcast for anyone trapped inside to leave, but the tone and overall context of a repeated message over the radio should warn players that it isn’t a positive message. 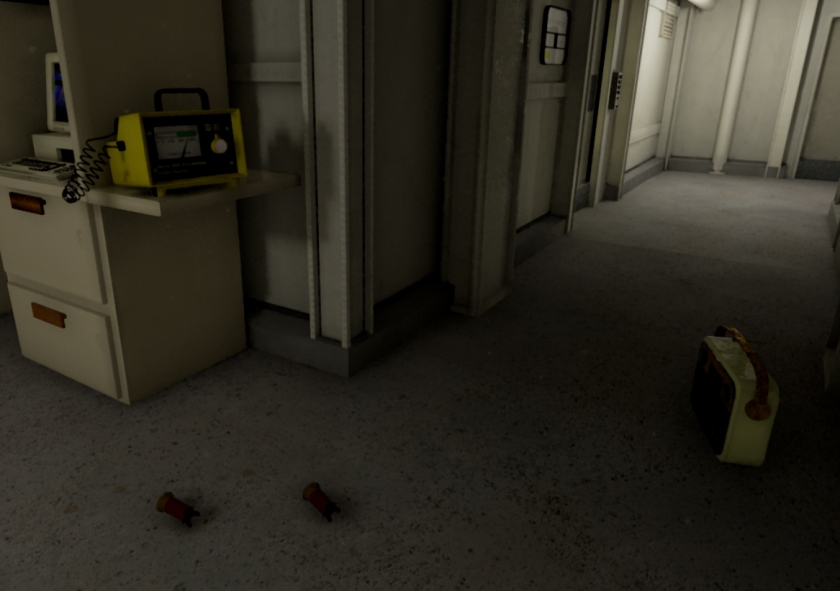